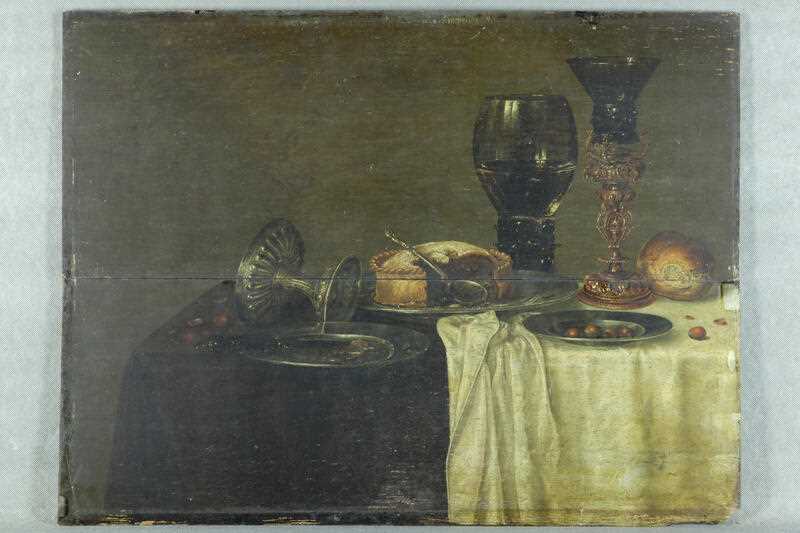 A 400-year-old “one in a million” Dutch artwork possibly worth up to $5 million has been found at a property in the NSW Blue Mountains.

Called Still Life, the work was recently located at the National Trust of Australia-managed Woodford Academy during a restoration project.

The 17th century oil depicts a lavish table setting typical of the Dutch Golden Age and is thought to have been painted by Gerrit Willemz Heda.

Some experts, however, aren’t convinced and believe it may be a collaboration with his famous father, Dutch Master Willem Claesz Heda whose works are typically valued in the millions of dollars.

“To find an authentic 17th century painting in my storeroom at the National Trust was beyond exciting, it left me breathless,” Collections Manager Rebecca Pinchin said on Sunday.

“This is a remarkable story of discovery, which has taken us on a journey across a number of years, piecing together and validating the work through expert advice and technology.”

Ms Pinchin said finding the artist’s signature “felt like a one in a million chance”.

Alfred Fairfax was a successful businessman and purchased the building in 1868.

At the time, art collecting was a popular past-time for the wealthy and Dutch works by “Old Masters” were fashionable.

The announcement of the discovery comes as Australia and the Netherlands mark 80 years of full diplomatic relations and an international law and trade-based bilateral relationship.

He said the two countries also continued to pursue truth, justice and accountability for the downing of MH17 and stood together in support of Ukraine.

The painting Still Life will be displayed at Woodford Academy as part of the 2022 Australian Heritage Festival on May 14.

The Dutch Golden Age reflects an era of history from about 1588 to 1672 when Dutch trade, science and art, and the Dutch military were dominant in Europe.