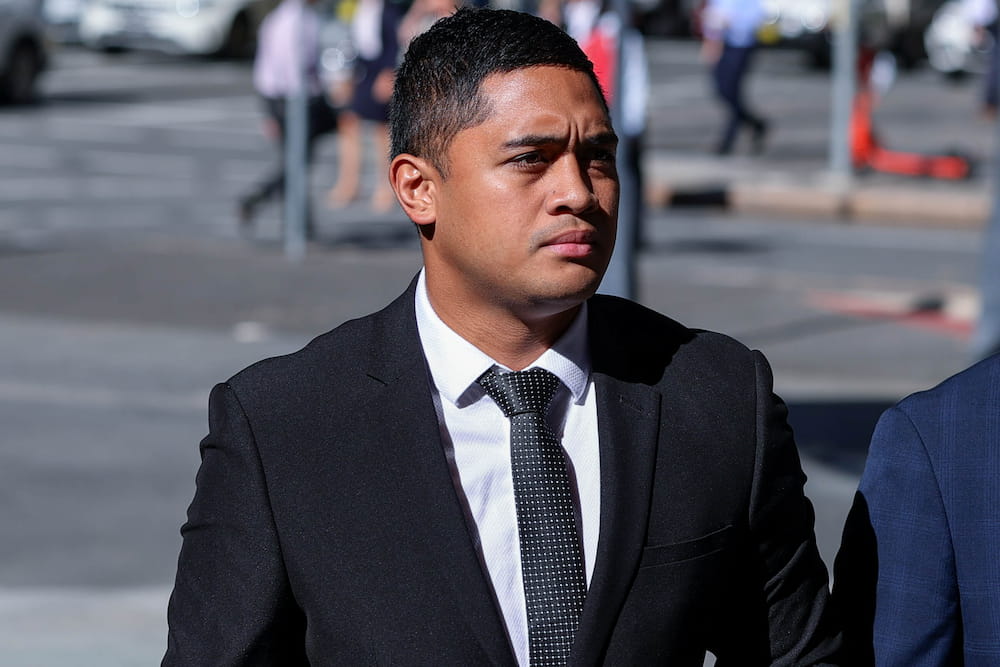 Former Canberra Raider Anthony Milford has admitted breaking a car window by throwing a wheelie bin during a disturbance in Brisbane’s nightlife precinct, but assault charges have been dropped.

The 27-year-old was arrested about 2am on September 20 after police responded to reports of a disturbance on Marshall St in Fortitude Valley.

He was originally charged with three counts of assault occasioning bodily harm and one count of wilful damage.

On Monday he pleaded guilty in Brisbane Magistrates Court to one count each of public nuisance and wilful damage.

The assault charges were dismissed after prosecutors said they could offer no evidence.

Footage was played to the court showing an altercation between Milford and his partner, and the player scuffling with members of the public who tried to intervene.

The former Broncos star broke a car window when he threw a wheelie bin at the vehicle.

The charges came at the end of a horror year for Milford, who was dropped by the Broncos in round 12 and later told his $1 million-a-year deal would not be extended.

At the time of the incident the club confirmed he had completed his contractual duties.

After arriving at the Brisbane club as one of the league’s best young talents in 2015, he was their best on field in their golden-point grand final loss that year.

Defence barrister Kim Bryson said the charges had already had an “astounding” impact on Milford who had lost hundreds of thousands of dollars from losing employment.

Milford had moved to Sydney with his partner and two children after signing a one-year deal with the Rabbitohs, but the NRL refused to register his contract due to the pending charges.

The court was told he became stranded when the Queensland border was shut, returning to Brisbane only in December but having to stay in a house he had bought for his parents, together with them and other family members.

No conviction was recorded.