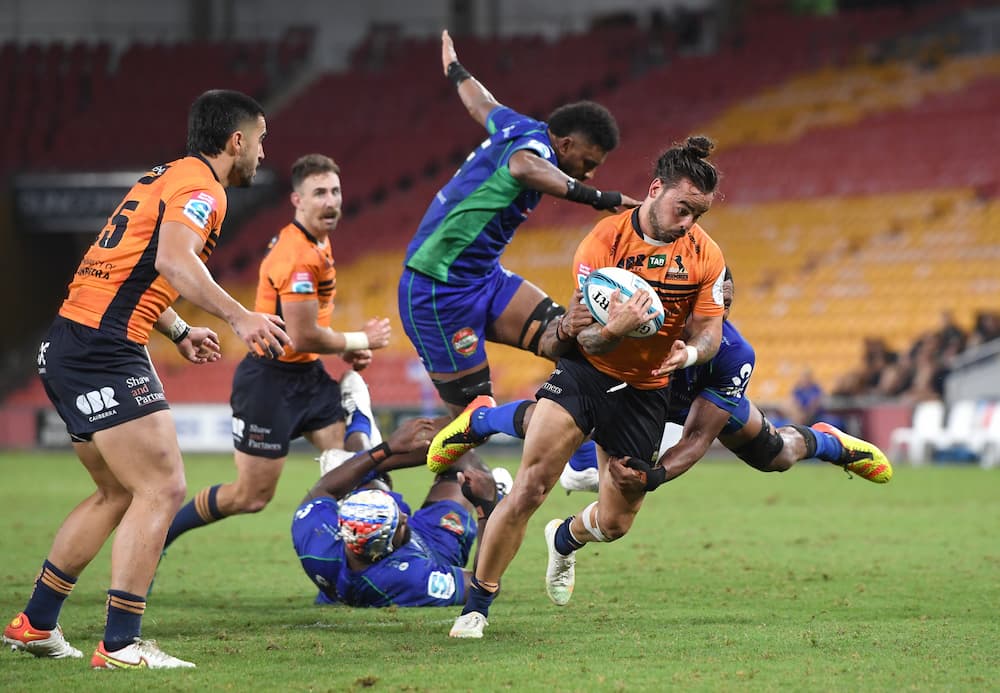 Four tries sourced from mauls have helped the Brumbies power past Fijian Drua and return to the top of the Super Rugby Pacific ladder with their seventh win from eight games.

At Suncorp Stadium, the Fijians produced flashes of brilliance but couldn’t hang with the Brumbies’ power up front, beaten 33-12.

Just as important as getting back top spot for the Brumbies was marking Wallabies prop James Slipper’s 150th Super Rugby game with a win, as he became just the 12th Australian to reach that milestone.

“We’ve got a couple of big games coming up after our bye, against the Kiwis and I’m pretty pumped for that.

“It was a great week and I guess one to look back on when I finish up.

“We’ll have a beer in the sheds to celebrate.”

The Drua showed their flair and outcarried the Brumbies by 100m, and would be frustrated they only found 12 points to show for it.

They were on the back foot early when Tuidraki Samusamuvodre was sin binned for a high shot on Ed Kennedy and the Brumbies immediately made the extra number pay, with Tom Wright scoring off the back of a maul.

The Brumbies repeatedly knocked back shots at goal after penalties, opting to utilise their powerful rolling maul, and that helped Cam Clark scored out wide courtesy of a delightful cut-out pass from Andy Muirhead for 12-0 on 20 minutes.

That advantage could easily have been extended in the shadows of halftime, but the Drua defence stuck strong to stop a 12-phase Brumbies drive on their goalline from netting any points.

Hooker Billy Pollard impressed throughout in his first Brumbies start and found a try from yet another maul for 19-0, but the Drua were on the board soon after from impressive link play capped off by Onisi Ratave.

The Brumbies structure was again on show on when Connal McInerney also scored from a rolling maul to extend the lead to 26-7.

Onisi Ratave kept the Drua in it by scoring in the corner 15 minutes from time, but they couldn’t find another to put their opponents under any serious pressure.

The Brumbies secured a bonus point late with a beautiful step and pass from Hudson Creighton putting Wright through for his second try.

Muirhead starred for the Brumbies with 86 run metres and two clean breaks to go with his classy try assist.

It was an unfortunate debut start for Kennedy, substituted in the first half after a head knock.