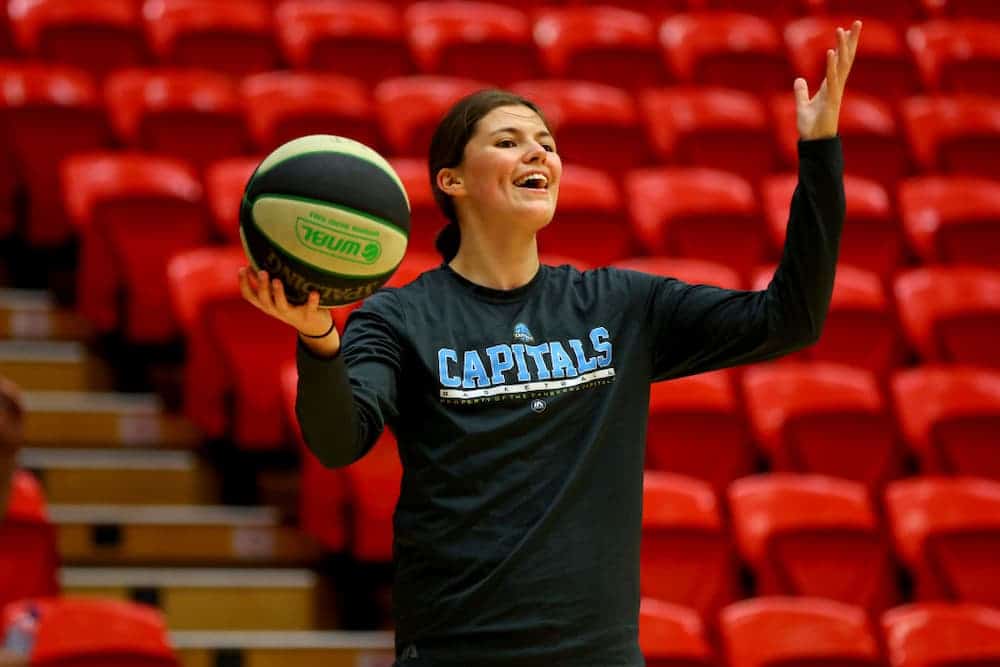 Canberra Capitals star Jade Melbourne will have two fellow Opals for company after being drafted by the WNBA’s Seattle Storm, while Perth product Amy Atwell has blazed a historic trail to land at the Los Angeles Sparks.

The pair were taken with the 33rd and 27th picks respectively at the draft in New York on Monday night.

The 19-year-old Melbourne hails from Traralgon in regional Victoria and played this season for the Caps in the WNBL where she picked up the club’s rising star award after averaging 9.3 points per game.

Atwell became just the second woman to be drafted to the WNBA out of University of Hawaii, rounding out her five seasons in college as the program’s three-point record holder.

She was crowned the university’s first Big West Conference player of the year, averaging 17.8 points and 6.9 rebounds per game last season, including 13 games of 20 points or more and two 30-point efforts.

Atwell, who becomes the second Australian at the Sparks after the signing of Liz Cambage in February, was mobbed by ecstatic friends and college teammates when her named was called.

“I got the call from my agent … he said ‘make sure you’re watching round three’ and my stomach dropped when he said that,” Atwell said.

“It’s overwhelming joy to know that all the hard work over 20 years has paid off.

“This is the pinnacle. This is what every young girl when they start playing basketball dreams of doing, it’s unreal.”