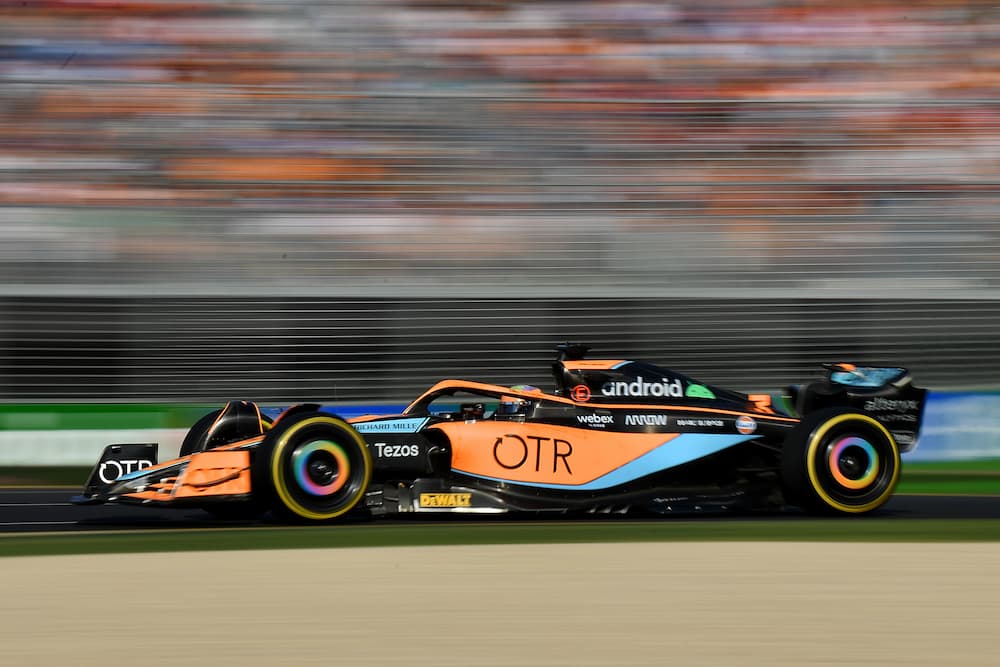 The Melbourne crowd’s reaction to Daniel Ricciardo crossing the line in sixth has the McLaren driver dreaming of one day winning the Australian Grand Prix.

In his first Formula One event at home since 2019, Ricciardo was able to make up one place after starting Sunday’s race from seventh on the grid as Ferrari’s Charles Leclerc brought up a comfortable victory.

Unlike some of his previous efforts at Albert Park, the McLaren driver’s GP race was drama-free as he capitalised on defending world champion Max Verstappen being forced to retire on lap-39.

The result is sweet relief for Ricciardo after he failed to finish the Saudi Arabian GP last month, following a 14th-place in the season-opener in Bahrain.

The 32-year-old’s teammate Lando Norris crossed the line just ahead of Ricciardo, continuing McLaren’s resurgence after a difficult start to 2022.

He banks his first championship points – eight – of the season from the race.

“When I got out of the car there was a pretty loud cheer and I was like ‘man if this is a cheer for sixth, I can’t imagine winning here or even a podium’,” Ricciardo said.

“I’d probably have to keep my earplugs in if that did happen.

“It was pretty awesome and just happy for everyone who came out.”

The Perth-born driver has experienced mixed fortunes at his home grand prix, with fourth his best result in 2016 and 2018 when racing for Red Bull.

In 2014, Ricciardo came second, but was later disqualified due to illegal fuel flow.

But he leaves Melbourne content this time and looking forward to better days ahead in his second season with McLaren.

“After Bahrain, I was obviously still very positive and I knew we could make a turnaround. I didn’t think it would happen already,” Ricciardo said.

“The weekend as a whole has been smoother for all of us and we’ve shown a lot more for it.

“Parts of my race were certainly more competitive … still some parts of the race I can keep chipping away at but the team result was mega compared to the last few.”

Ricciardo will remain in Australia for a few days before preparing for the Italian GP, starting on April 22.

“I’ll try and rehydrate with a few beers tonight,” he said.

“I’ve got a little bit longer here in Australia, not as long as I’d like, but I’ll try and make the most of it.”