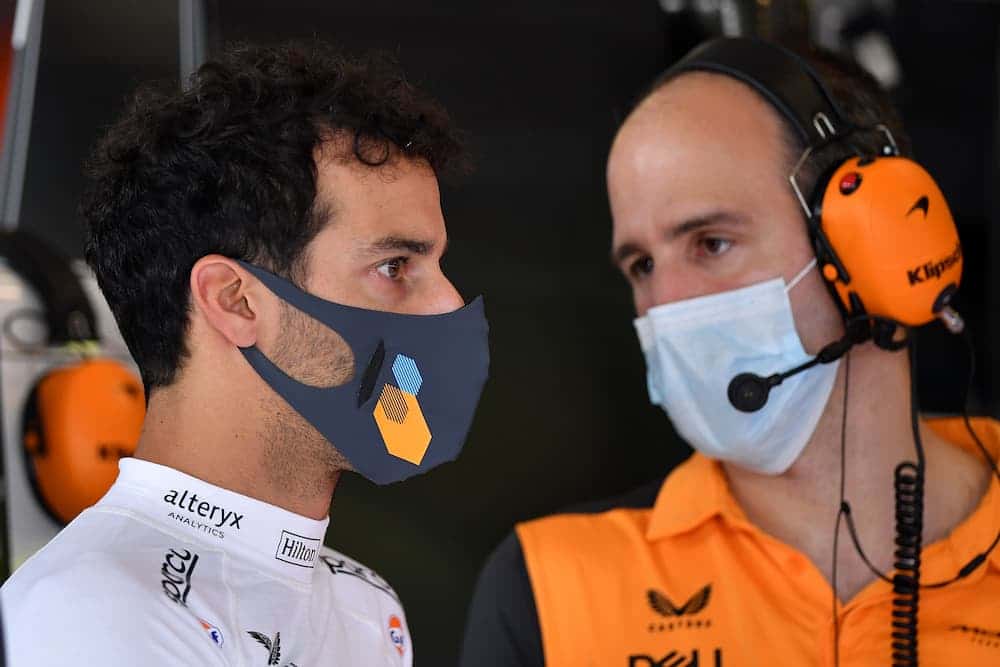 Daniel Ricciardo will take confidence into the Australian Grand Prix despite saving his worst for the final lap of qualifying.

The McLaren star was eyeing a top-four grid position heading into the dying stages of Saturday’s action-packed qualifying session at Albert Park.

But a bitterly disappointing finish saw Ricciardo tumble down the rankings to be the seventh-fastest as Ferrari’s Charles Leclerc took pole for Sunday’s race.

The session went more than 30 minutes longer than expected due to two crashes which forced racing to be paused.

Ricciardo, in his second season with McLaren, is tempering his hopes of improvement in Melbourne, but a quiet confidence is building in him.

However, the 32-year-old was not shying away from a dire conclusion to qualifying where three drivers, including Mercedes superstar Lewis Hamilton, pipped his best time.

“It’s been a good weekend actually but I’m a little bit frustrated because probably my worst lap for the weekend was my last one,” Ricciardo said.

“It just started in turn-one, and I felt like I was close to going off the track probably three times in that last lap.

“I’m not really sure what we missed there, something was a little bit off.

“A shame in that situation when it counts not to put it there.

“It’s late and the visibility was tricky so we’ll analyse the last lap and prepare for the race.”

Ricciardo spent more than a week in his home city of Perth after failing to finish the Saudi Arabian GP.

That Jeddah race followed a 14th place in the season-opener in Bahrain as McLaren battle with teething problems in their cars.

Ricciardo has experienced mixed fortunes at his home grand prix, with fourth his best result in 2016 and 2018 when racing for Red Bull.

But in the last race at Albert Park back in 2019, Ricciardo suffered an early calamity and was later forced to retire.

Ricciardo’s McLaren teammate Lando Norris will start three places ahead of him after qualifying fourth.