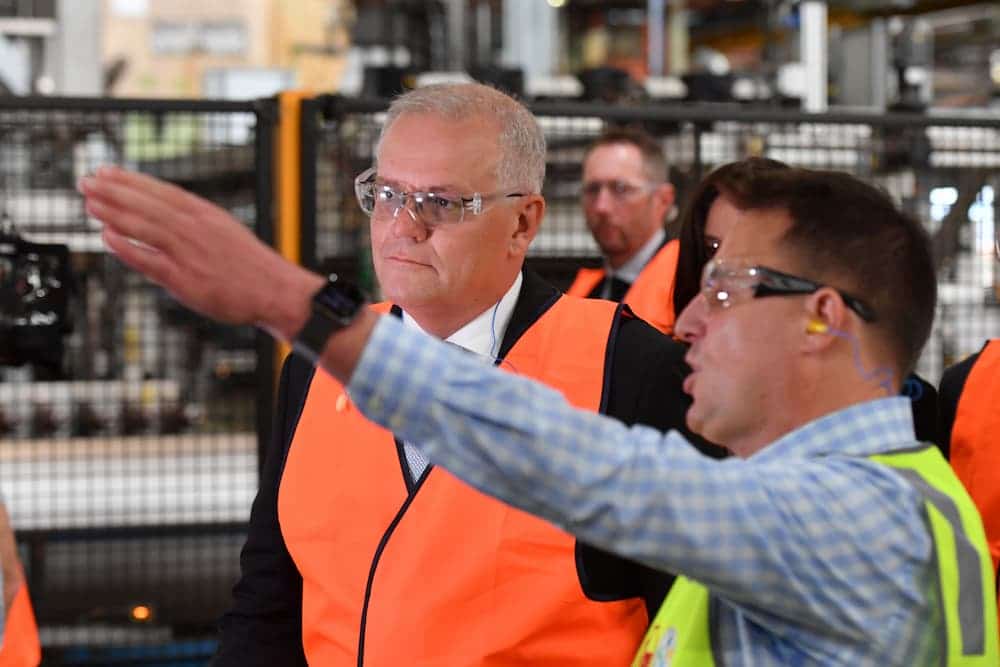 Scott Morrison has sought to showcase his party’s economic credentials during a blitz of marginal seats in Sydney.

On the second day of the campaign, the prime minister pledged to create 1.3 million jobs across the next five years.

He started the day campaigning in the electorate of Parramatta, held by Labor by 3.5 per cent, before moving to Macquarie, the most marginal seat in the country, which is held by the opposition by 0.19 per cent.

Mr Morrison said the jobs created would be across a range of industries in the economy.

Despite the pledge, the government remains behind in the polls, with the latest Roy Morgan poll showing the coalition trailing Labor 43-57 on a two-party preferred basis.

However, the prime minister said despite the low polling, the election wasn’t about just likeability of the leaders.

“It’s not a popularity contest. You go to the dentist, it doesn’t matter if you like him or her or not. You want to know they’re good at their job,” he said.

“This is about whether people are good at managing the economy and have a strong economic plan.”

Mr Morrison denied having both Treasurer Josh Frydenberg and Foreign Minister Marise Payne at Tuesday’s press conference was due to his low personal standing among voters.

“I’ve got a great team, I’m happy to showcase my team every single day,” he said.

The coalition has also pledged to invest $22 billion in renewables and low emissions energy technology, $7.1 billion for infrastructure projects in regional areas and $3.7 billion for 800,000 new training positions.

The government has come under fire for a reported $500,000 payment to a former staffer of embattled Liberal MP Alan Tudge.

Mr Tudge stood down from cabinet last year amid allegations of an abusive relationship with Rachelle Miller. He has strenuously denied the allegations, with both parties maintaining their affair was consensual.

Mr Morrison insists he had no knowledge of whether the amount was paid out.

“I know it’s taxpayers’ money, and those matters are handled by the Department of Finance and at arm’s length from politicians,” he told Adelaide radio 5AA on Tuesday.

“I have no visibility on that at all. I can’t confirm to you if a payment has even been made.”

Mr Morrison cited a report that examined the allegations which found there was insufficient evidence Mr Tudge breached the ministerial code.

While Mr Tudge stepped aside from his ministry position, Mr Morrison said he would be welcome back in the cabinet.