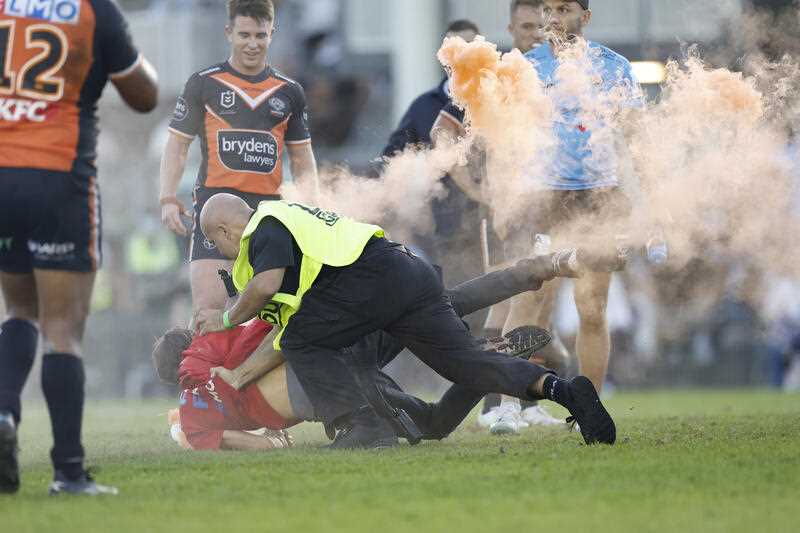 A red flare-wielding environmental protester has forced the stoppage of a rugby league match in a change of tactics from blocking traffic.

Dressed in all-red and bearing the logo of climate action group Fireproof Australia, the protester invaded the pitch midway through the second half to the befuddlement of Cronulla Sharks and Wests Tigers players.

He was tackled to the ground by security guards and led off the field but the game was stopped for a few minutes as billowing red smoke from the flare cleared away.

It was the latest in a spate of protests by various environmental groups calling on the government to act on climate change, mostly by blocking traffic in Sydney.

NSW passed tough laws against demonstrators disrupting traffic last week where they can face up to two years’ jail and fines up to $22,000.

“Think of all the games that have been disrupted by drought, by floods, by smoke, by fires,” he said.

“Our way of life is under attack and nothing is happening to protect us.”

The group’s demands include immediately re-housing of flood and bushfire survivors, implementing recommendations of the royal commission into the Black Summer bushfires, and to “smoke-proof” schools, aged care and disability facilities.

It has vowed to continue protesting non-violently until its demands are met.