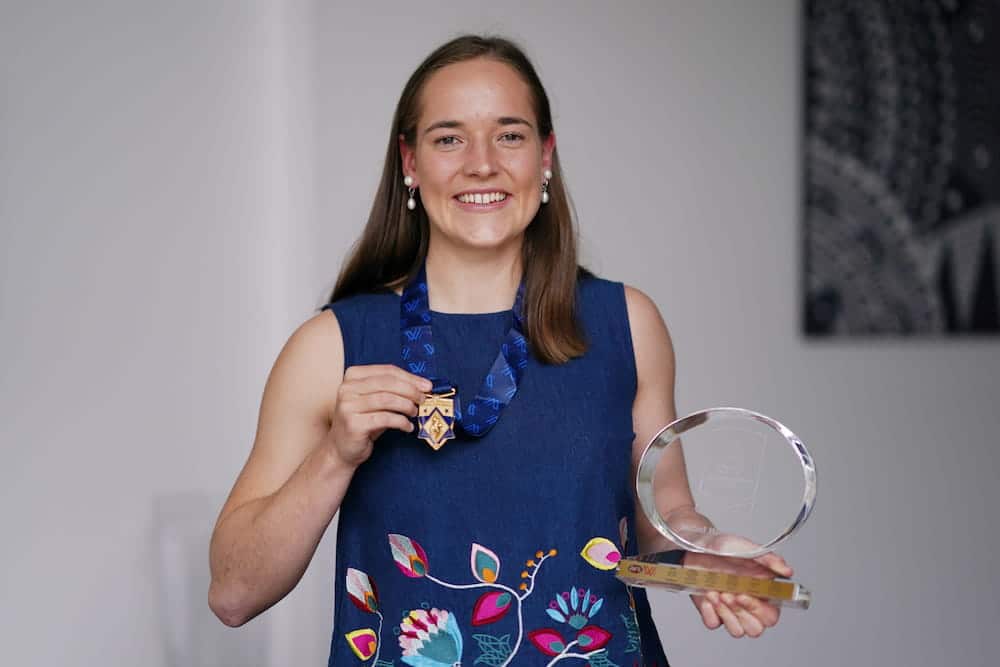 Her trade request highlights the pressures on AFLW players, who are mostly part-time and have had the added burden this season of COVID-19 protocols.

The Bulldogs announced her trade request in the same week that captain Ellie Blackburn and fellow star Kirsty Lamb confirmed they would stay at the club.

Huntington, the 2017 No.1 draft pick, has been out of action since early January because of her third knee reconstruction.

One of the league’s top talents was named an All Australian and won the club best and fairest and Rising Star awards for her breakout 2020 season.

“Requesting a move from the Doggies has been an incredibly difficult decision and one that has taken very careful consideration,” Huntington said in a club statement.

“Ultimately, the decision to move is not football related, however.

“Having recently begun the long rehab process for my third ACL injury, in combination with the current part-time nature of the competition, it’s become increasingly clear to me that I can’t make life decisions solely based on football.

“With the opportunity to progress my studies and off-field work interstate, it is the right move for me at this time.”

She added she had “absolutely adored” her five years at the Bulldogs and is sad to leave, a sentiment echoed by the club.

The Bulldogs also made it clear they expect proper compensation for such a talented player.

“It’s disappointing for us to lose someone like Izzy, who has been a strong performer on field and an established leader off it, and with such a bright future as a player ahead of her” said Bulldogs women’s football boss Debbie Lee.

“We fully understand Izzy’s need to move to Sydney for education and non-football related reasons, and we wish her well.

“Given Izzy’s standing in the game, her achievements to date and the club’s investment in her development, we’ll work hard to ensure we are appropriately compensated through the AFLW’s player movement structure.”