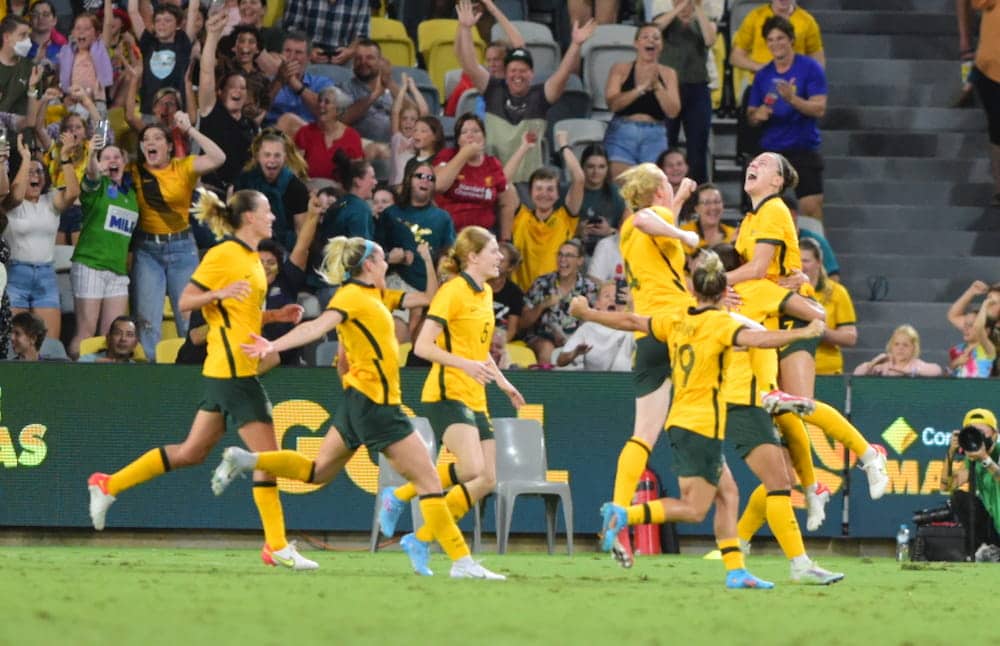 Fitness, fast football, finishing and game management are on the agenda as the Matildas take their next step towards the 2023 Women’s World Cup with a friendly against New Zealand in Canberra.

With a three-day break between Friday night’s 2-1 win against the Kiwis and Tuesday’s clash allowing preparation with the group, coach Tony Gustavsson said they had finally performed the autopsy after January’s disastrous Asian Cup exit.

“We had a very challenging lead-in to the tournament with seven COVID cases over Christmas and we had 12 players playing zero minutes for three and a half weeks leading into it,” he told reporters.

“It’s not an excuse, we’re looking at the physical data as well … in that Korea game, we had a four to five per cent reduction on high-speed runs in that second half.

“You know how we want to play, we want to be aggressive and run a lot and we couldn’t do that in that second half.

“That means we need to do a lot of prep work going to the World Cup to be fit and inform and available.”

Gustavsson also called for better game management, with the side conceding set piece goals against Thailand and Korea.

Second-half added-time goals from Emily van Egmond and Sam Kerr rescued victory for the side in Friday night’s meeting in Townsville, with the two goals coming from a whopping 37 shots.

In comparison, New Zealand had only three strikes at goal through the 90 minutes.

“I actually hope that there’s not too much change because I think we played really, really good,” Gustavsson said, adding his side could have had as many as four goals heading into added time.

Asked if criticism of his performance was fair given the ‘short-term pain, long-term gain’ nature of his role preparing the side for next year’s World Cup, Gustavsson welcomed feedback but asked detractors the remember the end destination.

“Being a head coach in this job, there’s always going to be criticism … I actually like debate on whether a player should play, or a different formation, that debate I think is healthy,” he said.

“I’ve said it from day one, one of the things identified before I even came was the results against top-ranked nations.

“(If) you look only at tournament games against top-ranked nations, you will see really bad stats to be really frank and honest here.

“We need to play those nations more to be prepared next time we play them and that means that results in those friendlies might not match the expectations. I’m ready to take that criticism because I believe in that process so much.”

To take another positive step forward towards next year’s showpiece, Gustavsson called on his troops to combine at a quicker pace to match it with international football’s best.

That could well be possible on the fast turf of GIO Stadium, which the Matildas’ boss said was a World Cup-quality stadium.