Josh Papalii admits to form slump, says he must improve 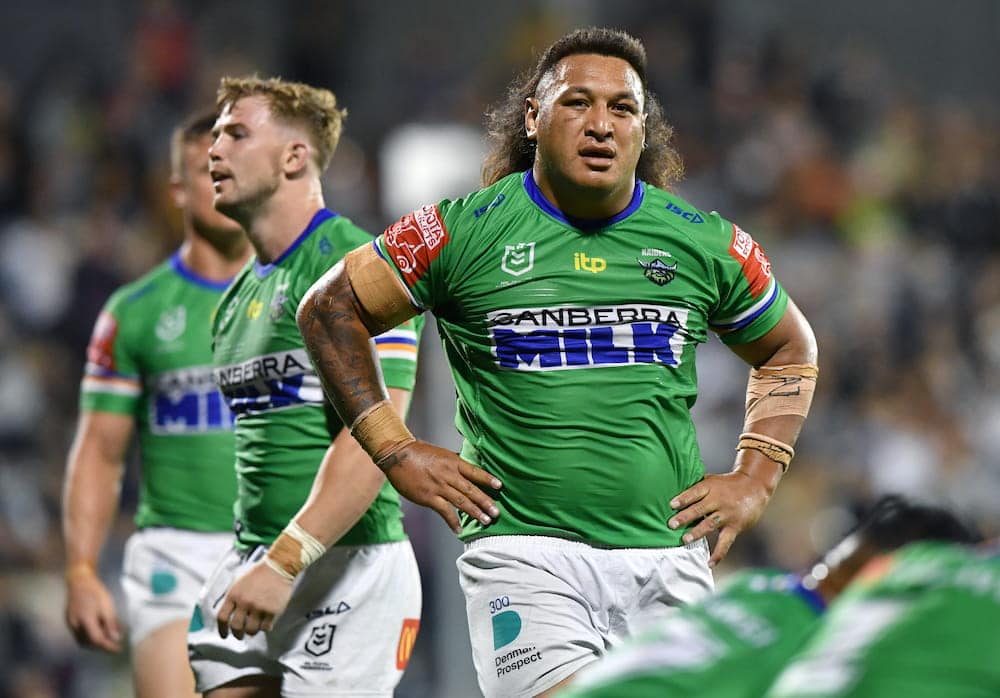 Canberra’s response to disappointing back-to-back performances could begin with Josh Papalii, who admits his form has been “pretty low” to start the campaign.

The 244-game Raiders prop is averaging 99m per game, his lowest mark and the first time he’s been under 100m since 2015, before his move to the front row.

He’s also busted just four tackles in his last four games after a monster seven in the Raiders’ win over Cronulla in round one.

With his side sitting at 2-3 and reeling from consecutive, uncompetitive defeats to Manly and Melbourne, Papalii said things had to improve on a short turnaround for Thursday night’s clash with North Queensland.

“It’s hard to comment on my form at the moment … but (I’m) not happy at all,” he told reporters.

“It’s frustrating for myself to go home and know that I didn’t play well as a professional athlete.

“I’m always raising the bar on my performances, especially being one of the oldest in the club as well.

“Being more experienced I should be performing better and I know fans out there are disappointed at the moment but we’re working on it.”

But he’s not the only Raider whose form is suffering early this NRL season, with the side ranked 16th in metres gained, helped by another league-low ranking of a 69 per cent set completion rate.

Papalii hoped it was “a matter of time” before things clicked.

“It’s hard to play the way you want to play if we’re not building pressure … the more we can hold onto the ball, the more good things people can see,” he said.

“The running game is not there at the moment with the new structure.

“We’ve got a new attacking coach again and we’re playing a different style of footy.”

Things will certainly need to be on point against the Cowboys, who rank second in post-contact metres and boast an 81 per cent set completion rate, good for third in the league.

Somewhat of a reshuffle could be on the cards ahead of round six, with young centre Matt Timoko missing much of the Storm match with a back injury.

It could mean a recall for veteran centre Jarrod Croker, who has been playing NSW Cup in recent weeks.