Katy Gallagher: Labor to ‘keep it real’ on election campaign 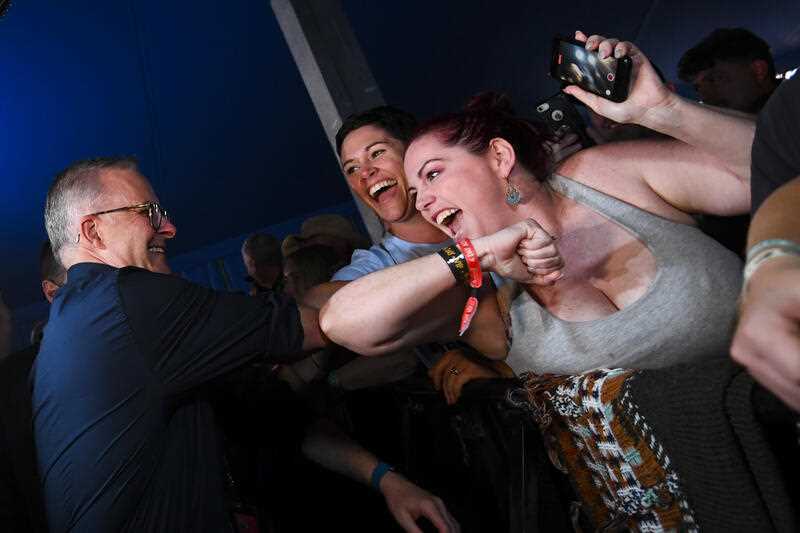 Labor would continue an election campaign that “keeps it real” while the coalition rolls out its stage-managed events, Labor campaign spokeswoman and ACT Senator Katy Gallagher says.

Labor leader Anthony Albanese enters the second week of campaigning in Brisbane, having been criticised for a first week marred by a number of stumbles.

A Resolve Strategic poll for The Sydney Morning Herald-The Age released on Monday showed Labor’s primary vote down four points to 34 per cent, with the coalition up one to 35 per cent

Scott Morrison was ahead as the choice for preferred prime minister with 38 per cent, against 30 per cent for Mr Albanese, a sharp turnaround on the Labor leader’s 37-36 margin of two weeks ago.

Mr Albanese was met with a combination of boos and cheers when he attended the Byron Bay Bluesfest on Sunday night.

Senator Gallagher said Mr Albanese was determined to have “real interaction” ahead of the May 21 poll.

“I think that this election campaign, you have to keep it real,” she told ABC TV on Monday.

“You can’t just have stage-managed, controlled events like the prime minister is having where nobody gets to see anybody.”

She said her advice to Mr Albanese was to stay focused on the things that matter.

“We’ve got a nine-year-old tired government who has let aged care fall into disrepair, who haven’t acted on climate, who have had a series of rorts and waste.

“Our plan is about dealing with all of the waste and rorts and mismanagement and focusing on what matters … Medicare, helping people with cost of living pressures and actually dealing with the climate crisis.”

Deputy Prime Minister Barnaby Joyce said voters cared that their leaders were across details such as the unemployment rate and interest rates, which tripped up Mr Albanese early in the campaign.

“I don’t know what happened, he does not seem to be able to deal with those complex issues and that is really important,” Mr Joyce said.

By Paul Osborne in Canberra, AAP