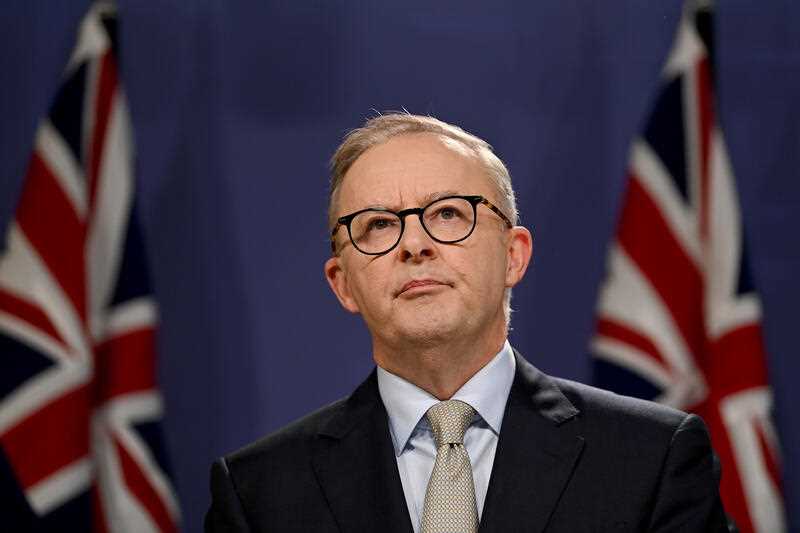 Australian Labor Party leader Anthony Albanese promises to unite the country should Labor win the election on May 21.

Prime Minister Scott Morrison ended weeks of uncertainty, visiting Governor-General David Hurley on Sunday to announce his decision to dissolve the parliament and enter into a six-week campaign.

“This election will determine whether we can come together to build a better future,” Mr Albanese told reporters in Sydney.

“We can see that opportunity but you have to vote for it.”

Labor enters the election well ahead in opinion polls and among bookies.

But that’s not good enough for opposition frontbencher Jason Clare.

“I think we have all learnt the hard way not to trust polls.”

Mr Clare expects a tight, tough campaign but he believes voters are sick of the “lies and incompetence” of a government that has been in power almost a decade.

“This is an old government. If they win this election they’ll have been in power for longer than (former Liberal prime minister) John Howard,” he said

“I’ve got to say this government does not hold a candle to John Howard.”

But the government says Mr Albanese lacks the experience to run the country and has been playing a small-target pre-election campaign.

“Anthony Albanese has been curled up in a ball not wanting people to know who he was,” frontbencher Peter Dutton told the Nine Network.

“Having been in parliament for 20 years and watched governments of both persuasions, I don’t believe the Labor government could have guided us through the last three years in which the coalition has.”

But Mr Clare points to his leader having previously served as a deputy Labor prime minister and minister.

“Anthony Albanese is a straight talker, a hard worker, a problem solver, somebody who will be there in a crisis, not run away like Scott Morrison; he’s got a united an experienced team,” he said.

The government repeatedly points to the $387 billion of taxes Labor took to the last election – a figure made up in Treasurer Josh Frydenberg’s office – even though Labor is adamant those policies have been ditched.

“They haven’t changed. The leopard has not changed its spots. Let’s not kid ourselves,” senior Liberal Stuart Robert told Sky News.

Deputy Labor leader Richard Marles reiterated there will be no tax rises under his party other than ensuring multinationals pay their fair share.

But Labor has refused to commit to the government’s tax-to-GDP cap of 23.9 per cent, which it says is an arbitrary figure.

“This comes from the government which is the second highest taxing government in our country’s history, the highest being the Howard government,” Mr Marles told ABC’s Insiders.

“We are not going to raise taxes, pure and simple.”

Mr Clare also pointed to the rising cost of petrol, child care and rent Australians are having to endure.

“So if Scott Morrison thinks everything is hunky dory and Australians have never been better off, then he is more out of touch that I think he ever was,” he said.

By Colin Brinsden in Canberra, AAP