Man dies in NSW floodwaters as thousands ordered to evacuate 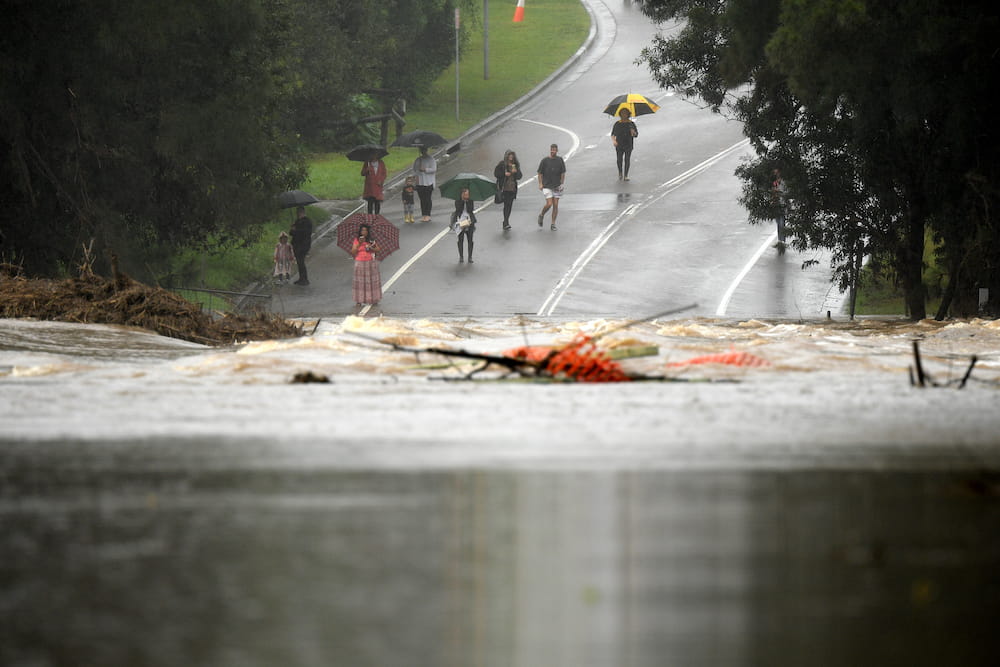 A man has died in floodwaters in NSW and thousands of people in parts of Greater Sydney have been told to evacuate or prepare to do so as river waters continue to rise.

A police operation is underway to retrieve the man’s body after he was found in a submerged vehicle in floodwaters at Cobbity, southwest of Sydney, shortly before 8am Friday.

More than 150 NSW schools have been closed after a torrential downpour prompted evacuations in Sydney’s south and southwest.

Evacuation orders were issued on Friday for people in Cornwallis and the eastern part of Richmond lowlands as well as low-lying parts of Cattai, Pitt Town, Pitt Town Bottoms and Agnes Banks.

Residents in Camden and Chipping Norton in Sydney’s southwest and Woronora, Bonnet Bay and Gronos Point were earlier ordered to evacuate as floodwaters began to rise on Thursday.

Premier Dominic Perrottet said close to 2400 people were subject to evacuation orders on Friday morning, with more than 17,000 in the warning areas.

“Despite the substantial flooding that we’ve seen across our state, what is incredibly pleasing has been that we’ve only lost a very few amount of lives, and that has occurred because of the efforts that everyone has made across our state in following the instructions of the SES,” Mr Perrottet said, before the news that a man’s body had been discovered.

“It will stop raining, it will get better,” Ms Cooke said.

“We just need to keep (getting) through this one day at a time.”

The Bureau of Meteorology’s Jane Golding said the rain would ease somewhat on Friday after downpours on Thursday.

“The rivers will be moving quickly (and) there’s a lot of debris flowing around.”

The SES received close to 1200 requests for assistance and conducted 35 rescues in the past 24 hours.

“Across a population base the size that we had under warning areas, 35 is actually quite a low number and we are really grateful for the community for listening,” NSW SES acting commissioner Daniel Austin said.

More than 1200 SES volunteers have been on the ground as catchments react quickly to heavy rain causing flash flooding.

The NSW education department has listed 155 schools, predominantly around Greater Sydney, the Illawarra and Shoalhaven regions that are not operating due to adverse weather conditions as of Friday morning.

Major flood warnings are in place for rivers in the Hawkesbury-Nepean Valley and the NSW Central and South Coast.

Water is also spilling over Warragamba Dam, which was at capacity when the downpour started.

A major flood peak above levels seen during the April 1988 floods passed through Menangle on Thursday afternoon.

Wallacia is expected to experience flooding at levels higher than last month when the Upper Nepean River peaks on Friday morning.

There is also major flooding at North Richmond on the Hawkesbury River, although the Bureau of Meteorology believes the rises will not be as severe as last month’s flooding.