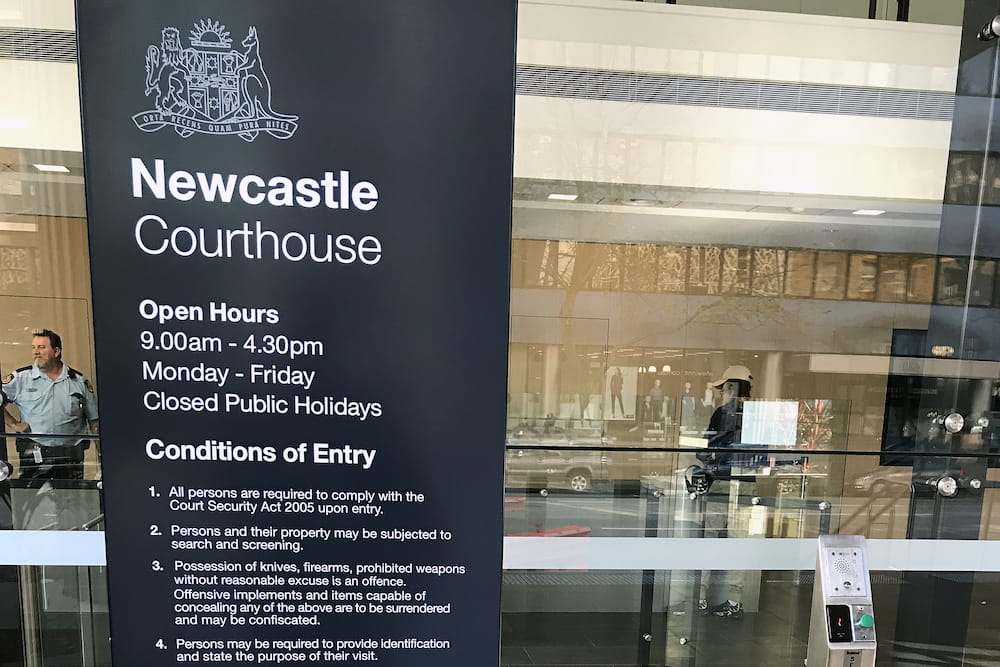 When Shaun Garry Johnson’s car didn’t start after a Boxing Day barbecue, he returned to the gathering and within minutes had killed the host.

The 50-year-old victim Steven O’Brien had stumbled towards his mother saying “he’s cut my throat Mum’” before he died outside his Newcastle home.

In the NSW Supreme Court on Friday, Johnson was jailed for nine years and six months with a non-parole period of six years and four months.

After a judge-alone trial, Justice Richard Cavanagh in November found the 38-year-old not guilty of murder but guilty of manslaughter on the basis of excessive self-defence.

The Crown had not accepted an earlier guilty plea to the manslaughter of his friend on the evening of December 26, 2019, in suburban Mayfield.

Mr O’Brien died after Johnson used an unidentified sharp instrument to lacerate his throat in a backhanded-type slashing motion.

“The circumstances of his death are of course tragic,” the judge said.

“Nothing he did or said could be any sort of justification for his killing.”

The judge was unable to make positive findings about what occurred, after concluding the men’s drinking companion, Billy Gee, was not a credible or reliable witness.

About 10 or 15 minutes before the fatal wounding, Johnson went to his car with the intention of leaving but when it didn’t start went back inside.

“There is no evidence of any animosity or problem between the accused and Mr O’Brien at that time,” the judge said.

“All of the evidence is to the effect that there was laughing and joking and they were generally having a good time.”

The judge was satisfied there was some sort of physical altercation between the three men, but said there was no evidence of any verbal threat being made by Mr O’Brien or Mr Gee, who were unarmed.

Johnson lashed out recklessly such that his conduct was not a reasonable response to the circumstances as he perceived them but even so, he did perceive that he needed to defend himself, the judge found.

He had a limited criminal history but was subject to a community correction order at the time for resisting arrest.

The judge found his prospects of rehabilitation were guarded rather than good and gave little weight to Johnson’s written expression of remorse.

While he accepted he had said sorry as Mr O’Brien was dying on the ground, the judge said he did not give evidence at his sentence hearing so could not be tested on his claim.

Victim impact statements revealed Mr O’Brien had been a good son and father.

His mother Bev O’Brien gave evidence about about how she and Mr O’Brien’s stepfather went to bed in a motorhome parked outside her son’s house.

After they heard yelling, they went outside and she saw her son stumbling towards her clutching his bloodied neck.