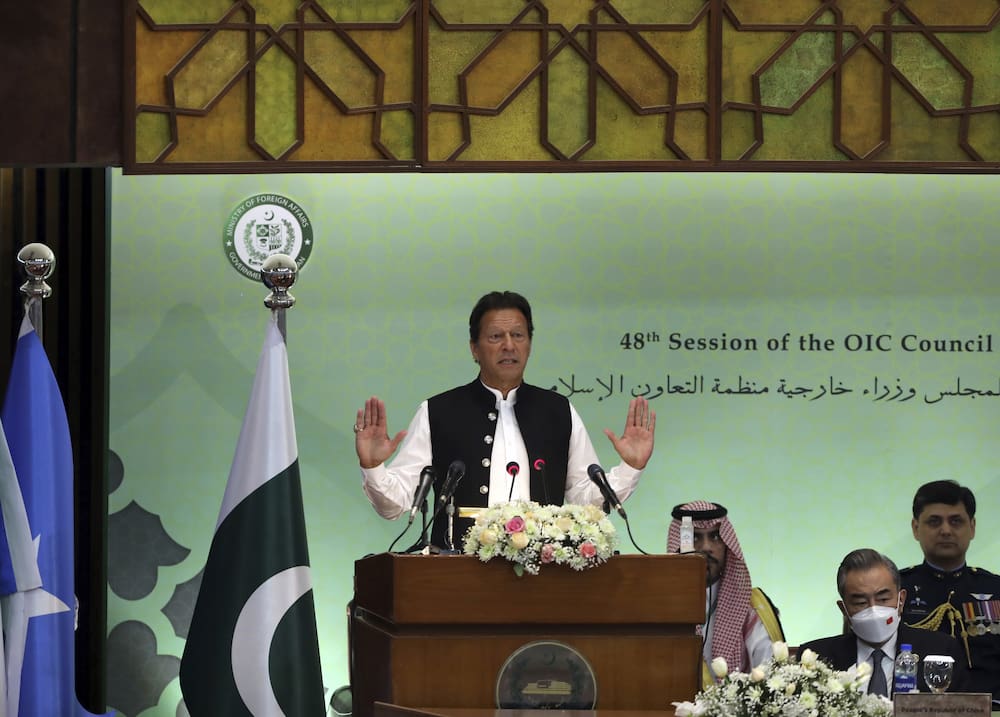 Pakistan’s Prime Minister Imran Khan has been ousted after losing a vote of confidence in parliament.

Khan was deserted by coalition partners who blame him for a crumbling economy and failure to deliver on his campaign promises.

The result of the vote, which was the culmination of a 13-hour session that included repeated delays, was announced just before 6am AEST on Sunday by the presiding speaker of parliament’s lower house, Ayaz Sadiq.

Khan, 69, was ousted after three-and-a-half years as leader of the nuclear-armed country of 220 million, where the military has ruled for almost half of its nearly 75-year history.

Parliament will meet on Monday to elect a new prime minister.

Sunday’s vote followed multiple adjournments in the chamber, called due to lengthy speeches by members of Khan’s party, who said there was a US conspiracy to oust the cricket star-turned-politician.

Opposition parties were able to secure 174 votes in the 342-member house in support of the no-confidence motion, Sadiq said, making it a majority vote.

“Consequently the motion against Prime Minister Imran Khan has been passed,” he said to the thumping of desks in the chamber.

Khan, who was not present for the vote, had no immediate comment.

Just a few legislators of Khan’s ruling party – Tehreek-i-Insaf, or Pakistan Movement for Justice – were present for the vote.

The house voted after the country’s powerful army chief General Qamar Javed Bajwa met Khan – two sources who spoke on condition of anonymity said – as criticism mounted over the delay in the parliamentary process.

The front-runner to become Pakistan’s next prime minister, Shehbaz Sharif, said Khan’s ouster was a chance for a new beginning.

“A new dawn has started … This alliance will rebuild Pakistan,” Sharif, 70, said in parliament.

A parliamentary poll is not due until August 2023. However, the opposition has said it wants early elections, but only after it delivered a political defeat to Khan and passes legislation it says is required to ensure the next polls are free and fair.

Khan’s removal extends Pakistan’s unenviable record for political instability: no prime minister has completed their full term since independence from Britain in 1947, although Khan is the first to be removed through a no-confidence vote.

He surged to power in 2018 with the military’s support, but recently lost his parliamentary majority when allies quit Khan’s coalition government.

There were also signs he had lost the support of the military, analysts said.

The armed forces viewed Khan and his conservative agenda favourably when he won the election, but that support waned after a falling-out over the appointment of the country’s next spy chief and the economic troubles.

“They (the military) don’t want to be seen as supporting him and be blamed for his failures,” opposition leader and former prime minister Shahid Khaqan Abbasi told Reuters.

Opposition parties say Khan has failed to revive an economy battered by COVID-19, or fulfil promises to make Pakistan a corruption-free, prosperous nation respected on the world stage.

Reema Omar, South Asia legal adviser to the International Commission of Jurists, said it was an ignominious end to Khan’s tenure.

Khan earlier accused the United States of backing moves to oust him because he had visited Moscow for talks with President Vladimir Putin just after Russia launched its invasion of Ukraine.