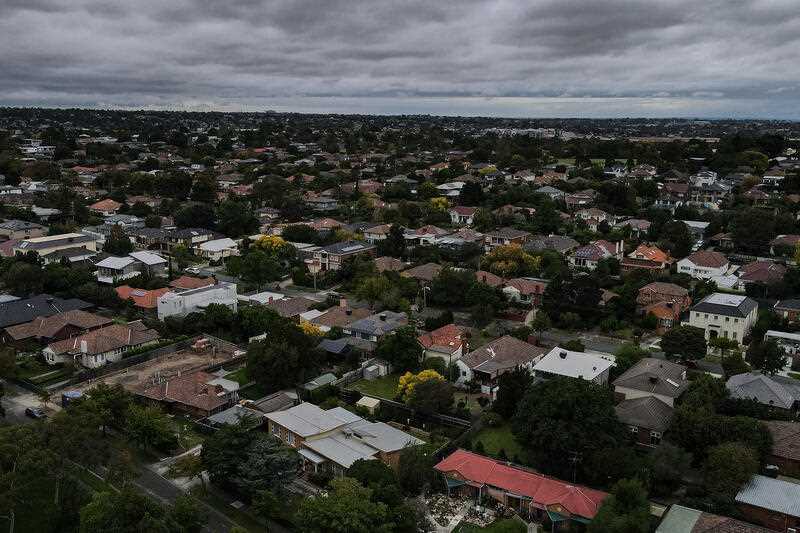 Confidence among mortgage holders has dropped sharply in the past month as expectations build for a hike in the cash rate by the central bank in just a few months’ time, with more increases to follow.

The overall Westpac-Melbourne Institute consumer sentiment index fell by a further 0.9 per cent to 95.8 points in April – its lowest level since September 2020 and when COVID-19 pandemic fears were dominating.

An index below 100 indicates there were more pessimistic respondents in the monthly survey than optimists – a negative for future household spending.

April’s fall followed a sharp 4.2 per cent drop in March, when worries over inflation and interest rates were first having an impact on confidence, as were the floods along Australia’s east coast.

“There is further evidence that interest rates, inflation and weather continued to unnerve consumers in the current survey,” Westpac chief economist Bill Evans said on Wednesday.

Confidence among respondents with a mortgage fell by 9.2 per cent in April, while 70 per cent of consumers expect interest rates to rise in the next 12 months, up from 67 per cent last month.

The proportion of consumers expecting rates to increase by more than one percentage point rose from 30 per cent in March to 36 per cent in April.

Westpac brought forward to June its forecast for the first Reserve Bank of Australia rate rise, following last week’s board meeting where it indicated it was no longer prepared to be be patient when it comes to monetary policy.

“Once the tightening cycle begins, we expect a series of rate hikes in most months in 2022,” Mr Evans said.

ANZ senior economist Catherine Birch expects the consumer price index for the March quarter due on April 27 will show annual inflation running at 4.7 per cent compared to 3.5 per cent previously.

Annual underlying inflation is also expected to surge to 3.4 per cent from 2.6 per cent, well above the RBA’s two to three per cent target.

“We still think the RBA will wait until June before lifting the cash rate. A big upward surprise could challenge this conclusion,” she said.

Releasing its monthly business risk report, it found court actions were at their highest since March 2021, while trade payment defaults are at their equal highest point since October 2020 – a leading indicator of rising insolvencies.

“I remain cautious about the timeframe for trade activity to return to pre-COVID levels,” CreditorWatch CEO Patrick Coghlan said.

“There is still so much uncertainty out there, and with inflation on the rise and interest rate increases looming, consumers may be reluctant to open their wallets too much.”

Meanwhile, the online platform SEEK has seen a record run of job advertisements extended by another month.

But in a further sign of a tightening labour market, demand for staff is not translating into applications.

In March, jobs ads rose by a further five per cent to the highest level in SEEK’s 25-year history, after record numbers in January and February.

Jobs ads were 32.2 per cent higher than a year earlier, but applications per ad decreased 4.5 per cent in March.

“While interest among candidates remains consistent, as indicated by candidate visits to the site staying strong, the low levels of applications per ad are not matching the persistent demand for talent,” SEEK ANZ managing director Kendra Banks said.