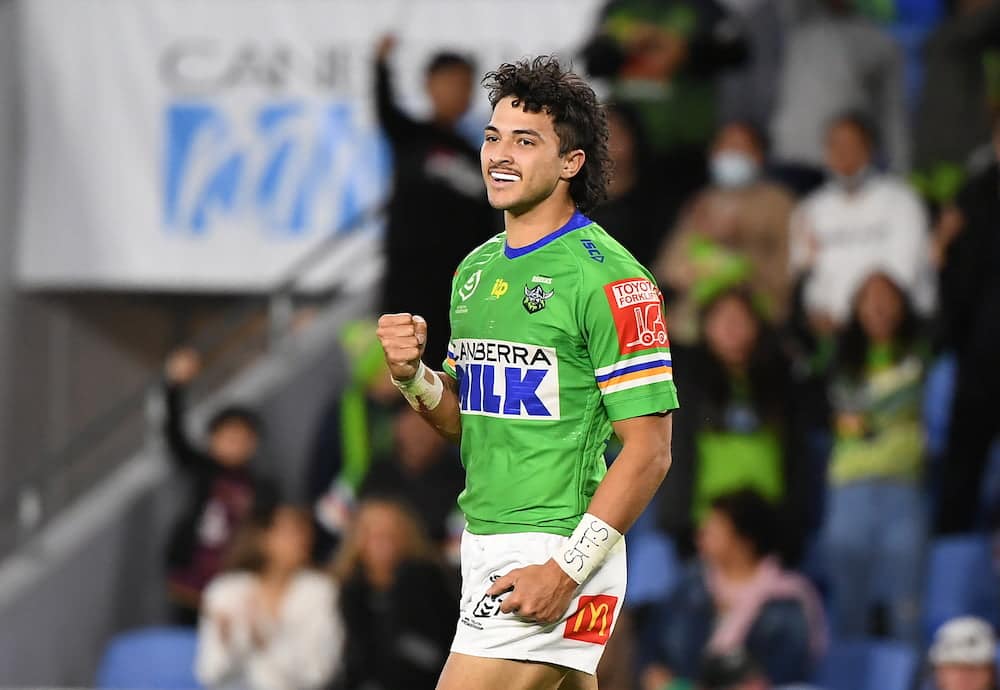 Canberra’s Xavier Savage will look to spark his side off the bench on Thursday night when they welcome North Queensland to town for a crucial matchup at GIO Stadium.

Despite the considerable hype around the 19-year-old after three games last season and hot NSW Cup form, coach Ricky Stuart insists Savage is not expected to set the world on fire.

“It’s not a matter of throwing Xavier onto the field and he’s gonna save the day for the boys,” Stuart said.

“One thing I like about Xavier, he’s not letting all the hype get to him, because I know hype has killed a lot of young kids.

“I’m not expecting as much as everybody else is from Xavier. I put no pressure on Xavier at all.”

Stuart, who suggested the fullback gave the side cover right across the outside backs, said he’d always planned to get NSW Cup games into Savage early in the season despite calls to inject him into the NRL team.

“Xavier and I’ve sat down right throughout the off-season in regards to improving him as a football player,” he said.

“Yes, Xavier is very much a talent as a fullback, as a winger … it’s a big job, fullback is one of the hardest positions on the field.”

The Raiders remain without the injured Hudson Young (toe) while centre Matt Timoko (back) has been named, with Seb Kris set to take his place should he fail to get up. Young has been named on the Raiders reserves list despite the injury.

The Cowboys’ Coen Hess returns from a shoulder injury although Griffin Neame and Jamayne Taunoa-Brown will both miss with concussion symptoms.

North Queensland were dominant when the sides met in round two for a 26-6 win, with their forward pack outworking the Raiders’.

But Stuart said his side wasn’t out for revenge, but still searching for their best footy.

“The only revenge is we want to play better footy, and to be honest, we haven’t played 80 minutes of consistent football all season,” he said.

“When we play a little bit of football we get a bit of rhythm in our game, I think you see what we’ve got to display.”

It will also be captain Elliott Whitehead’s 150th appearance for Canberra, the forward having joined the club in 2016.

“He was only going to be here for two or three years … (this) is (his) seventh year,” Stuart said.

“He’s very much respected and liked by all players and as a leader, you’ve got to have respect … the boys trust Elliott.”