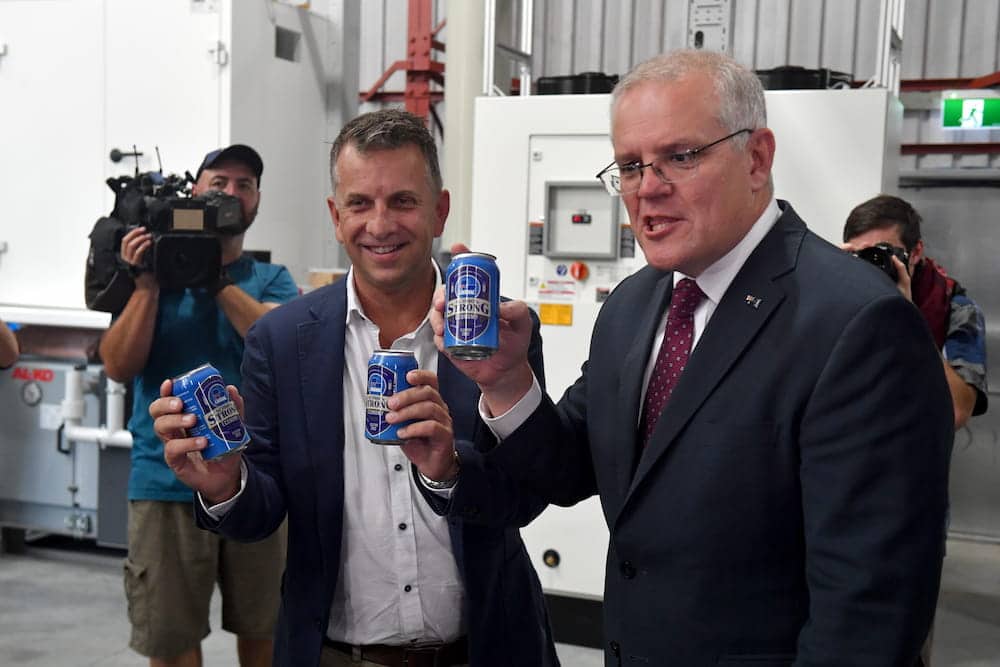 Scott Morrison has confirmed embattled MP Alan Tudge would return to the frontbench should the coalition win the federal election.

Despite the prime minister indicating last month Mr Tudge would not make a comeback to cabinet, Mr Morrison said he had a place on the frontbench should he wish to do.

Mr Tudge stood down last year amid allegations of an abusive relationship with a former staffer. Mr Tudge has strenuously denied the allegations, with both parties maintaining that their affair was consensual.

Mr Morrison said an independent investigation had cleared the “serious allegations” against Mr Tudge, who remains a “formal member of cabinet”.

“We have an acting education minister, but I look forward to Alan returning to the cabinet,” Mr Morrison told Sydney radio station 2GB.

Rachelle Miller, who levelled the allegations against Mr Tudge, did not participate in the inquiry due to concerns about its scope.

The prime minister began his re-election bid in regional NSW, hitting the ground running on the state’s south coast.

He spent the day campaigning in the electorate of Gilmore, an area devastated by the Black Summer bushfires, and a seat the government wants to win back, with Labor holding it by a margin of 2.6 per cent.

The funding will be provided to the local Shoalhaven City Council to support road rehabilitation, resurfacing, widening and intersection upgrades to improve safety for locals and visitors to the region.

Despite animosity between the pair in the immediate aftermath of Black Summer, Mr Morrison said Mr Constance was a fierce advocate for his community and a strong part of the team.

Mr Constance said he would not sit on the sidelines.

“I am going to be fierce in my representation of the people of Gilmore. I’m not going to sit there as a wallflower,” he said.

“I’ll call it how it is, and I care about the community that I’ve lived in for most of my life.”

Mr Morrison sought to outline his government’s achievements over the past three years, despite criticism of his handling of the pandemic and natural disasters.

Mr Morrison said an announcement would be made this weekend about the replacement for Health Minister Greg Hunt, who is retiring at the election.

The prime minister also doubled down on his support for a bill by Liberal senator Claire Chandler to allow sports clubs to discriminate against transgender women without legal repercussions.

Mr Morrison was met with protesters in Gilmore, including some wearing Hawaiian shirts and playing the ukulele.

One told AAP they wanted to let the prime minister know about problems in the electorate.

“There’s a whole heap of issues down here that people in Gilmore are not happy about and we’re seeing the government is not accountable for,” they said.

While the government was still trailing 47-53 two-party preferred in the latest Newspoll, Liberal campaign spokeswoman Anne Ruston said the coalition had been clear about its achievements in office.

“The government has said often that we have not been perfect, but every time we’ve made a decision throughout the pandemic it’s with the best available information.”