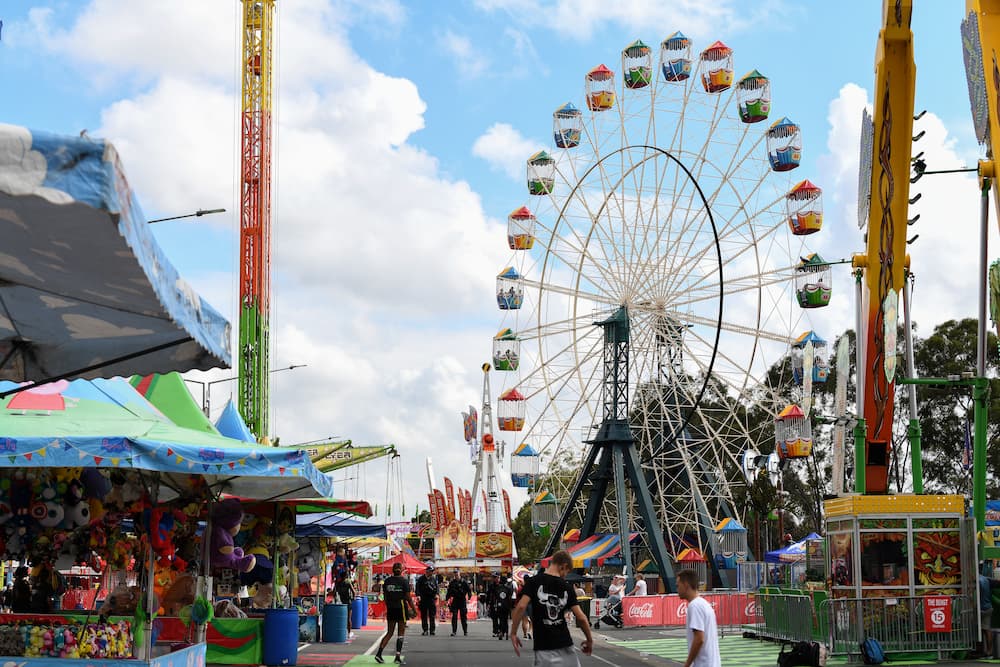 A teenage boy has been charged and others remain at large after another boy was stabbed to death in front of witnesses during a brawl at the Sydney Royal Easter Show.

Police believe more suspects were involved in what they described as a senseless and tragic targeted attack, involving two groups of teens.

Around 77,000 people attended the show on Monday when the brawl broke out at the crowded carnival ride area of the showground about 8pm.

The 17-year-old boy, who worked at the show, was stabbed in the chest and given first aid at the scene by police before paramedics arrived.

He died en route to Westmead Hospital and a 16-year-old boy remains in hospital with stab wounds to his leg.

“We believe that there is someone who we still need to identify that is responsible for the stabbing,” she told reporters on Tuesday.

“It may be one person, it may be a number of people.”

Police believe there could be more weapons involved but have only seized one knife so far and are appealing for witnesses to help.

“There were thousands of people there, if you have information, please come forward,” Supt Emerton said.

“It’s a tragic incident. It’s going to have affected a family. This is a senseless act. This is a family event at the Royal Easter Show.”

A strike force has been established to investigate, with members of the Homicide Squad and Auburn detectives involved.

Chief Executive of the Royal Agricultural Society of NSW Murray Wilton apologised to patrons who witnessed the stabbing, saying it was a “horrific experience”.

“Someone’s lost their life at our house, and it’s disgraceful,” Mr Wilton said.

Closing the adult area of the carnival rides section on Tuesday was the right decision, he said, adding that security at the show would be ramped up with more police on site.

Metal detectors were used at the show but searching everyone and the bags of the 800,000 people who attended the show over 12 days wasn’t possible, he said.

Prime Minister Scott Morrison said he was “deeply distressed about this terrible incident”.

“My kids will be going to the Royal Easter show,” he said.

“”I have no doubt the NSW police force and the relevant state authorities are moving very quickly and will be ensuring they’re doing everything within their power to make sure the royal Easter Show is safe.”

NSW Ambulance Acting Chief Superintendent Stewart Clarke said the incident was confronting for paramedics, and crowds of revellers who were visibly distressed.

Videos on social media captured parts of the incident, including footage of boys brawling in a busy area by a lit up a Ferris wheel, as groups of teenagers ran through crowds and a woman yelled, “Oh s**t”.

Meanwhile, SafeWork NSW is investigating if the Free Fall ride should be closed for the remainder of the show after a four-year-old child was unrestrained while the ride was in operation.

A photograph showed the boy on the ride unharnessed when it was in mid-air, while three other children on the ride were restrained.

Fair Trading Minister Eleni Petinos said she had a zero-tolerance approach towards any operator who failed to provide the highest possible safety standards.

“The ride has been closed pending investigation,” she said.